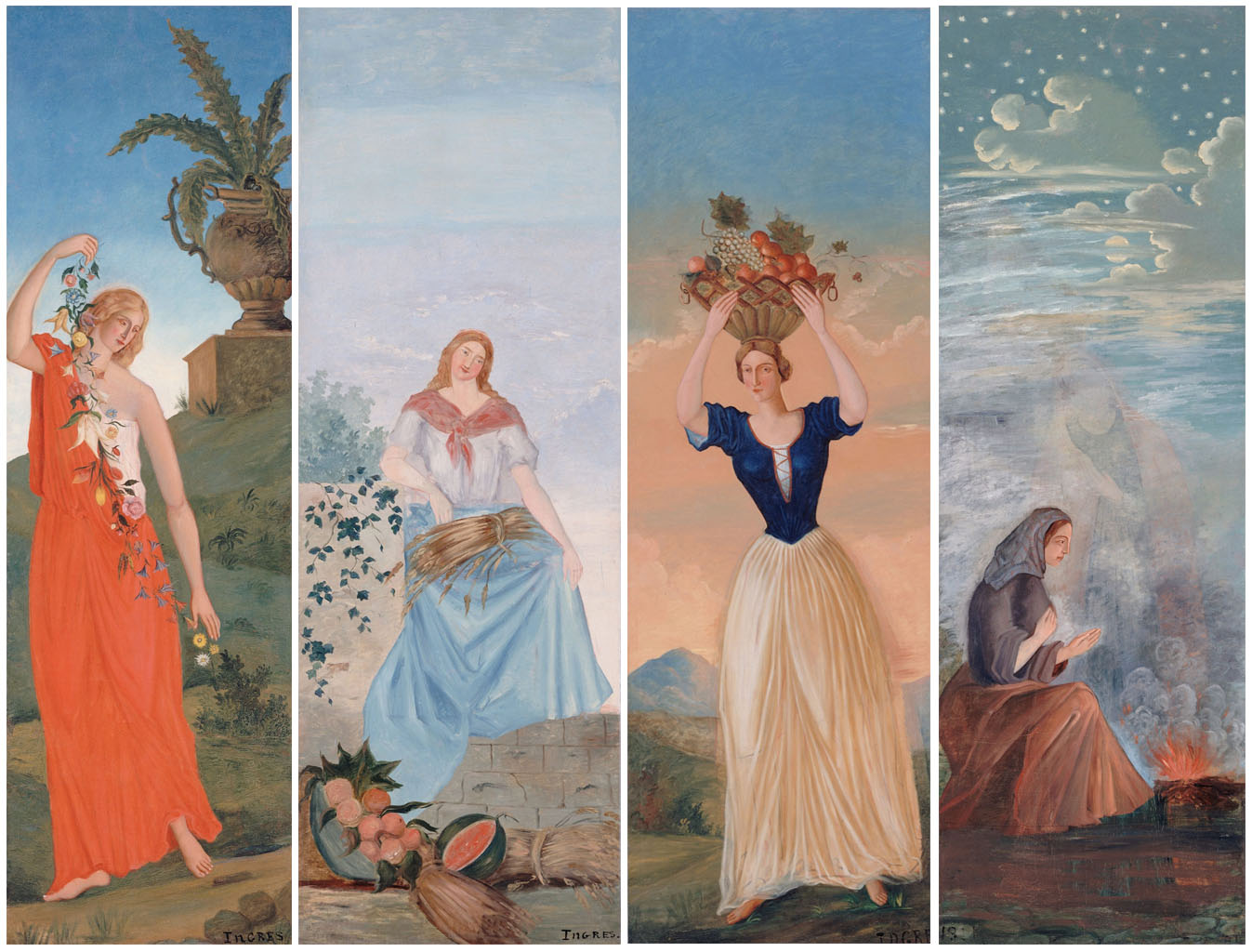 In 1860, Cézanne, still a student at the law faculty in Aix, started out as a painter by decorating the walls of the main drawing room at Jas de Bouffan, based on the allegorical theme of the seasons.He was twenty when his father bought this estate near Aix-en-Provence.

Jas de Bouffan means “home of the winds” in the Provençal language. The Cézanne family spent their summers in this large 18th-century house. The massive form of the building, dotted with many windows, and the trees in the park would inspire Cézanne to produce many paintings and watercolours until the house was sold. Out of admiration or derision, the young painter signed “Ingres” on several works. Ingres’s large painting of Jupiter and Thetis from 1811 has been exhibited at the Granet Museum since 1834.

The execution of these murals, which already demonstrated a thorough knowledge of artistic traditions and a search for style, helped convince the stern banker Louis-Auguste Cézanne to allow his son to go to Paris to study art, which he did in 1861.

The Jas de Bouffan estate was sold in September 1899, following the death of the painter’s mother. At the time Cézanne was in close contact with Ambroise Vollard, whose portrait he painted over several months. Thanks to this enterprising dealer, the price of his work finally rose. Was it his idea to remove the murals of his youth from their original walls? They were in fact found in the Vollard estate in 1950.