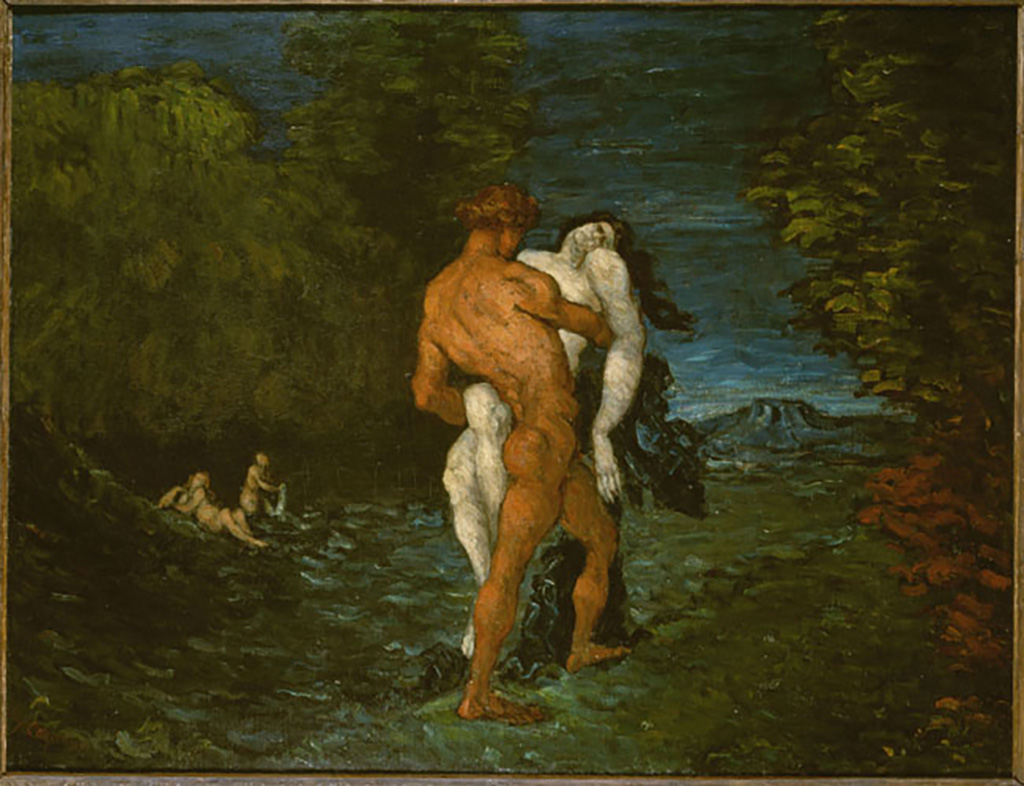 Themes of violence, eroticism and romantic fantasy are common in Cézanne’s work of around 1866-71. The subject of this painting has been much discussed. One theory identifies the figures as Hercules and Alcestis, whom he has rescued from the Underworld. However, it is more generally believed that it represents the abduction of Proserpine by Pluto, as recounted in Ovid’s Metamorphoses.

The painting first belonged to Émile Zola, in whose house in Paris it was painted in 1867. At the beginning of that year, Cézanne told Zola that he wanted to paint something ‘immense’, and may have intended this painting to prove to the latter the tradition of history painting was yet not dead.